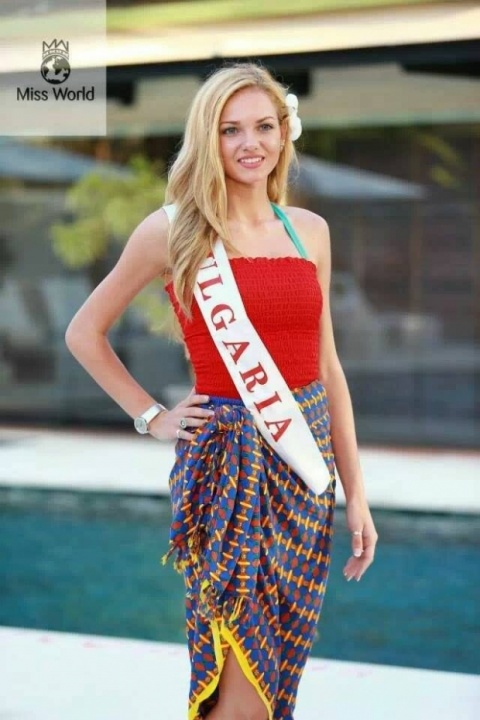 The most beautiful Bulgarian for 2013 has been very successful in the first two preliminary rounds of the contest in Bali, Indonesia.

She ended 30th in the beach fashion eliminator and 20th in the sport challenge one, allowing her to move to the seventh spot.

Each subsequent point in the upcoming rounds will bring Miss Bulgaria 2013 closer to the coveted final.

In two days, she will participate in the one for national folk dance.

Since winning the crown on August 17 until her the departure for Indonesia on September 2, Nancy has prepared tirelessly for her dance with choreographers from the famous "Bulgare" troupe.

The Bulgarian beauty has been ranked high not  only by the international jury, but by the pageant's Facebook fans where the vote has given her first place.

The 63rd edition of Miss World pageant opened with a splendid ceremony in Bali Sunday evening.

However, the decision to host the grand finale in Jakarta remains in limbo amid protest against the pageant by the country's Muslim hardliners.

The closing ceremony is scheduled to take place at the Sentul International Convention Center in Jakarta on September 28, but, organizers might shift the venue to Bali again.

According to authorities, preparation in Jakarta to host the pageant had been already done three months ago, and tickets have already been sold. However, for the sake of Indonesia, they say they were ready to move the venue to Bali.