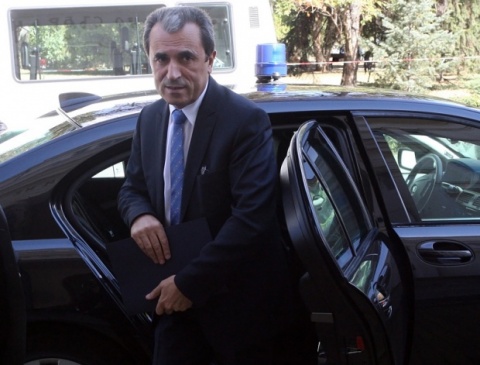 Plamen Oresharski, Bulgarian Prime Minister in the Socialist-endorsed Cabinet, is in China for a working visit, photo by BGNES

China is interested in investments in Bulgaria, particularly in infrastructure, railways and tourism, Prime Minister Plamen Oresharski has informed.

Oresharski is in China for a working visit, held between September 8 and 12.

He presented the above information after meeting with the Chair of the State Council of the People Republic of China Li Keqiang.

In addition to the expressed investment interest, Li Keqiang had asked for equal treatment of Chinese companies in Bulgaria.

The meeting has been held in the State residence in the suburbs of the city of Dalian.

Oresharski has stressed upon the great disposition of his Chinese hosts towards Bulgaria, announcing he had invited Chinese business representatives for a visit to learn firsthand the investment opportunities offered by the country.

The Bulgarian PM is in China to attend the so-called "Annual Meeting of the New Champions" AKA "The Summer Davos," and will be one of the six Prime Ministers to take part in it.

Oresharski will have the opportunity to share his ideas and his vision during a discussion titled "New Beginning for Europe," in the presence of his counterparts from Belgium, Finland, and Malta.

The foremost business gathering in Asia within the framework of the World Economic Forum for 2013 is taking place in Dalian.

The forum brings together more than 1 600 participants from 90 countries and 95 nationalities to share strategies and solutions and discuss global issues and risks.

In a statement last Wednesday, Oresharski stressed he hoped for a strong boost in economic and trade cooperation with China.