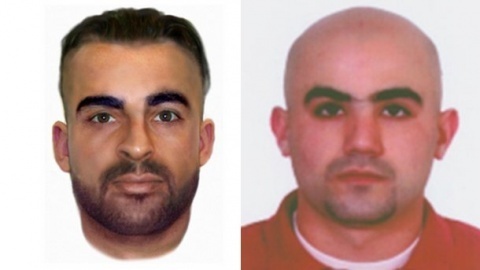 The father of one of the two suspects for last year's deadly Burgas bus bombing has maintained his son's innocence.

Samir Hajhassan, the father of Canadian suspect Hassan El Hajj Hassan, has told the National Post that he last saw his son in February.

The 25-year-old Canadian suspect was studying engineering in Beirut.

"Nothing was wrong at all," said the father, who runs a carpet installation business in Burnaby, B.C.

In a telephone interview for the National Post, Samir confirmed his son was the wanted man in the photos released by the Bulgarian Ministry of Interior and the FBI.

He said he condemned terrorism, was co-operating with police and was at a loss to explain the allegations

"He was a very good boy. He is very intelligent. He is not mouthy," said Samir about his son.

Hassan El Hajj Hassan, alias Ralph William Rico, has dual Lebanese and Canadian citizenship and was born in Zeghdraya, Saida, Lebanon, on March 22, 1988. The other surviving suspect is dual national Lebanese-Australian citizen Meliad Farah, who reportedly assembled the bomb once in Bulgaria. Hassan was the suspected logistician of the operation, in charge of finding accommodation for the team and arranging their travel.

Between June 28, 2012, and July 18, 2012, Hassan El Hajj Hassan and Meliad Farah were reportedly in the Bulgarian regions of Ruse, Varna, Nesebar, the "Sunny Beach" resort area and the village of Ravda, all of which are near Burgas, Bulgaria. It is believed both Hajj Hassan and Farah checked into hotels using their false identification.

Farah also may have used the identification bearing the name Brian Jameson to rent a car in Varna, Bulgaria, in July of 2012.

Neither Hassan nor Farah, have yet been charged. Bulgarian authorities want to question them but have been unable to. Police suspect they returned to Lebanon following the attack but there have also been reports Hassan was in Gaza, according to the National Post.

The attack, which killed five Israeli tourists and a Bulgarian bus driver, has been linked to Lebanese Islamist group Hezbollah, but it denies any involvement.

EU's Foreign Affairs Council decided in July to put the armed wing of Hezbollah on the bloc's list of terrorist organizations.