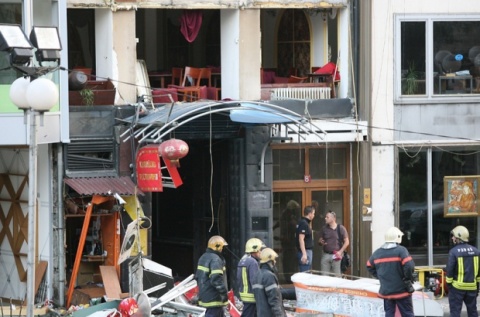 The blast that occurred Sunday night at the Chinese restaurant downtown in Bulgarian capital Sofia, startled local residents breaking most of the windows of a neighboring apartment.

The witness, a woman, living next to the scene of the accident, was watching television with her husband when the explosion went off.

She described the blast as "a blazing fireball", which entered into the room, breaking all the windows.

“All the windows blew open, the window-glasses got smashed and in a split second the whole floor was covered with small particles of glass. The blast didn’t manage to reach us, just because we were sitting on the couch”, said the witness.

The explosion broke all windows of one of the rooms and these in some of the other premises, terrifying the residents.