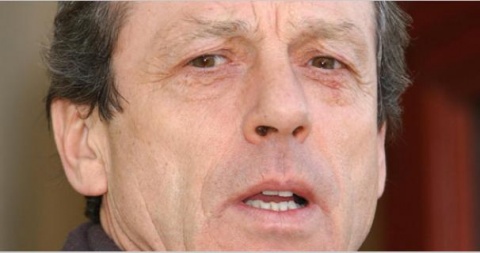 Leslie Grantham revealed plans to buy a house in the East European country, where he spent time in 2010 appearing in the soap The English Neighbour. Photo by The Sunday Mirror

The actor - who became a household name as the soap's iconic character Dirty Den - told the Sunday Mirror he was staying in a friend's spare room since splitting from his wife Jane after 31 years of marriage.

However he revealed plans to buy a house in the East European country, where he spent time in 2010 appearing in the soap The English Neighbour.

"I made a lot of friends out there and I am planning to move out when the financial details of my divorce are finalized," the 66-year-old said.

"I am an old man now and I want to go somewhere it is hot. I really enjoyed it there. I had to learn Bulgarian and even Hungarian. They said they were going to dub the show for me but on the first day of filming I had to speak Bulgarian."

Leslie - who left EastEnders for good in 2004 after Den was killed by wife Chrissie Watts - also hit out at the show, accusing it of being unoriginal.

"They are doing storylines that I was doing in 1985," he said, "It has to adapt and change to survive."

The actor - who recently reunited with former EastEnders star Billy Murray in the British gangster film Vengeance - admitted that his return to the show had been challenging.

"The first stint on the show was fantastic but going back was a disaster," he revealed.

"We were doing four episodes a week and it was like a sausage factory. The quality was affected."