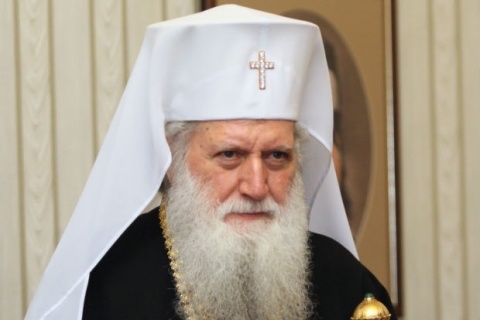 On February 24, Ruse Metropolitan Neofit was elected Patriarch of the Bulgarian Orthodox Church by the Holy Synod's national church council. Photo by BGNES

A group of Bulgarian intellectuals have sent a letter to Patriarch Neofit, asking him to hold a national prayer for the spiritual union and moral resurrection of the country's people.

They propose to hold the prayer on Tuesday, August 6, at 6 pm in the central cathedral Alexander Nevski in downtown Sofia.

"The crisis is political and societal, but it is first and foremost a crisis of the spirit and the soul. For this reason, we, a group of Christian Orthodox believers, who follow with great worry the events in our country, are asking Your Holiness for this prayer," the letter reads.

They write they sincerely believe that a common prayer to God is precisely the way to overcome lack of compassion for the pains and suffering of other people.

After Patriarch Maxim passed away in November 2012, Ruse Metropolitan Neofit was elected Patriarch of the Bulgarian Orthodox Church by the Holy Synod's national church council on February 24, 2013.