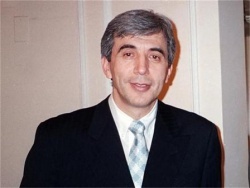 His death was confirmed by an associate as cited by the Bulgarian Telegraph Agency (BTA).

Stoyan Ganev was born on July 23, 1955 in the Southern Bulgarian town of Pazardzhik.

A jurist by profession, he was one of the founders of the right-wing Union of Democratic Forces (UDF), a MP in the 1990 Grand National Assembly that prepared and adopted the democratic constitution of Bulgaria and a MP in the 36th Parliament.

Ganev's last visit to Bulgaria was several months ago, according to reports of mediapool.bg.