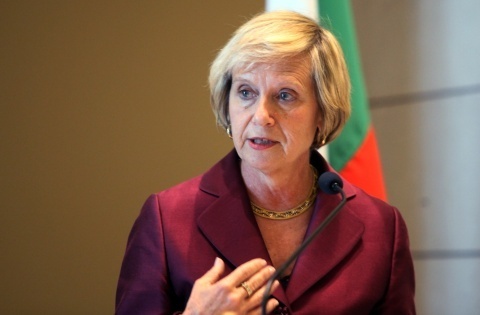 Marcie Berman Ries, US ambassador to Bulgaria. Photo by BGNES

US ambassador to Sofia Marcie Ries has expressed the hopes of her country that the ongoing protests in Bulgaria will further the firm entrenchment of rule of law in the country.

Ambassador Ries was posting answers in an "Ask the Ambassador" session at the US Sofia Embassy page on Facebook.

"I think that the Bulgarian people have demonstrated that they are interested in reform in the area of rule of law and that should be pursued," stated the American diplomat.

"I would hope that going forward as the Bulgarian government proposes individuals to positions of importance that require public trust, provision will be made for public review of their qualifications and background," added she.

Ambassador Ries also took into account that January-February street protests in Bulgaria were motivated by a stagnation of the economy and people's incomes, while the current ones are stirred by discontent with the functioning of the political system.

"We would like to see the crisis resolved in a manner which is consistent with democratic norms and practices," stressed the US ambassador.

Sunday is the 10th day in a row that a protest against Bulgaria's new government led by PM Plamen Oresharski is planned in capital Sofia.