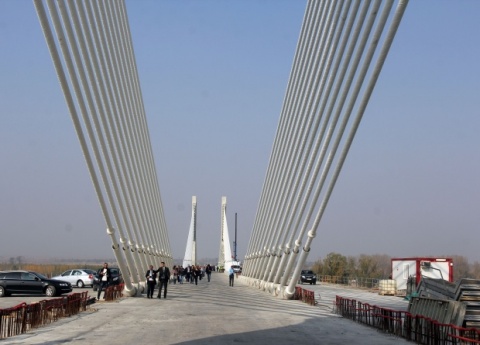 The 1.8 km Danube Bridge 2 is a key element of a European transport corridor connecting the German city of Dresden with Istanbul in Turkey. Photo by BGNES

Bulgaria and Romania are launching Friday the long-anticipated Danube Bridge 2 with a grand ceremony.

Bulgarian Patriarch and Sofia Bishop, Neofit, will lead the liturgy for the inauguration of the facility.