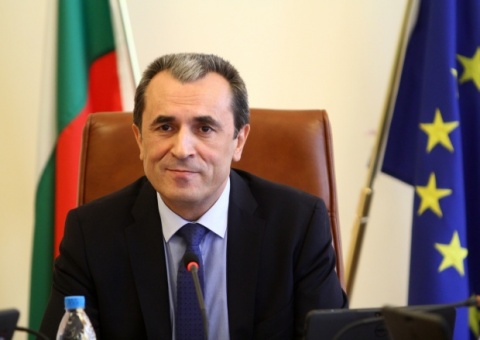 Former Finance Minister, Plamen Oresharski, was elected PM on the mandate of the Bulgarian Socialist Party. Photo by BGNES

Bulgaria's new Prime Minister, Plamen Oresharski, is launching Monday consultations with employers, labor unions, the NGOs, and representatives of Bulgarians who staged mass protests at the end of winter, in an attempt to boost business in the country.

The Cabinet's press office informed about the plan Friday, announcing the talks will aim at improving the business climate in Bulgaria.

The meetings will continue through the entire week and will focus on three main issues – improving conditions for conducting business in the country, alleviating or eliminating red tape regulations, and refining the Public Tenders Act.

The PM had voiced his wish to extend his good communication with employers in the private sector that had started during the election campaign and expects from them to offer concrete proposals to end the hurdles before Bulgarian economy.

Former Finance Minister, Plamen Oresharski, was elected PM on the mandate of the Bulgarian Socialist Party, BSP, which ended second in the May 12 snap vote.

Bulgarians went to the polls on May 12 to elect a new Parliament after the government of the center-right Citizens for European Development of Bulgaria party, GERB, led by Prime Minister, Boyko Borisov resigned on February 20 amid nationwide anti-poverty and corruption protests.