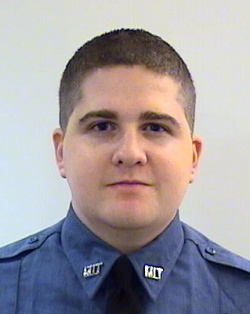 The Massachusetts Institute of Technology police officer, who was shot and killed late Thursday night during a confrontation with the two Boston Marathon bombing suspects, has been identified as Sean Collier, 26.

Collier was responding to a report of a disturbance when he was shot multiple times, according to officials. He was taken to Massachusetts General Hospital, where he was pronounced dead.

The suspects then stole a car at gunpoint and drove away with the car's owner still on board.
They later released the driver unharmed.

One of the suspects, Tamerlan Tsarnaev, was hit by bullets during a police chase and later died. The suspect had a suicide vest on.

Police are still searching for the other suspect, Tamerlan’s younger brother Dzhakhar.
People across Boston and surrounding suburbs have been told to stay indoors amid a massive police manhunt for the surviving suspect.

The authorities in Massachusetts Bay have suspended the transport system and no vehicles are being allowed in or out of the Watertown area.

The warning to stay indoors was later extended to the whole of Boston, in what correspondents said was an unprecedented move.

"Stay indoors with the doors locked, and do not open the door for anyone other than a properly identified law enforcement officer," Massachusetts Governor Deval Patrick said on Friday morning, as cited by the BBC.