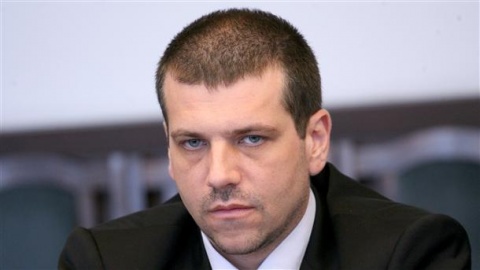 Kalin Georgiev, Chief Secretary of Bulgaria's Interior Ministry, has been questioned by the Prosecutor's Office.

He was summoned after Wednesday interviews for the Bulgarian National Television and the 24 Chassa (24 Hours) daily, where he claimed there were no deleted recording from special surveillance devices, SRS, and everything from them has been backed up.

Georgiev was interrogated as a witness in the so-called "Bulgarian Watergate" probe for saying a director of the police's SRS unit had not deleted information, as the investigative prosecutors reported, and the said information had always been available to them.

He further claimed before the daily that there were quite logical explanations for all the breaches, including in the real location of the now-infamous minivan with surveillance equipment and the one logged in documentation, on grounds the vehicle has been used for covert operations against organized crime and in protection of national interests.

The prosecution, however, notes in a press release that during its probe none of the above information has been provided by the Interior, including by the Chief Secretary, thus the need of him being questioned.

In the TV interview, Georgiev stressed if a colleague wanted to conceal evidence they would have done it in a much more sophisticated manner.

On Tuesday, Georgiev explained before State TV that he was stunned by media interpretations of the results from the ongoing probe, as, according to him, it did not uncover any violations and had not proven that the Interior is illegally spying on people.