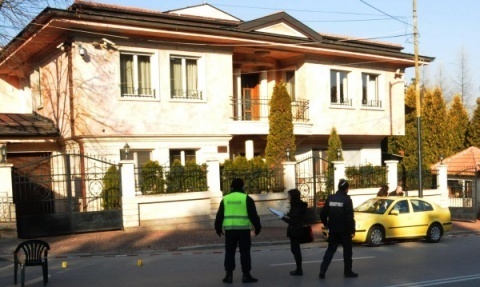 Ten-year-old Lara Baneva, the abducted daughter of notorious Bulgarian cocaine kingpin Evelin Banev, is alive and well, according to a Bulgarian paper.

The Weekend tabloid has cited its police sources as saying that the kidnapped child was likely taken to Greece under a false identity. Lara Baneva was reportedly accompanied by a man and a woman pretending to be her parents.

The abductors are allegedly still waiting for ransom money.

Police experts have told Weekend that the perpetrators were extremely professional. The BMW vehicle they used in the abduction is yet to be discovered, the experts have pointed out.

Ten-year-old Lara Baneva was abducted by masked gunmen on March 5 in the affluent Sofia suburb of Boyana. Her bodyguard was shot twice but survived.

Rumors emerged that the girl was abducted in order to "keep her father silent" in an Italian court.

Evelin Banev aka Brendo is being held in prison in Milan, Italy, where he was extradited after his arrest in Bulgaria last spring in a special police operation codenamed "Cocaine Kings," and is coming to Bulgaria only for the court sessions of the local trial against him.

Banev’s former wife, Monika Dobrinova, recently stated that she cannot afford to pay a ransom for their daughter.