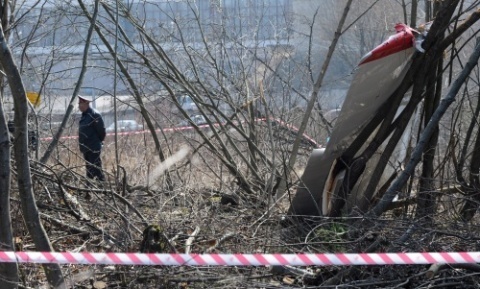 The scene in Smolensk, after the tragic crash, which killed Polish President Kaczynski and a number of the Polish elite. Photo by EPA/BGNES

On April 10 2010, the government TU-154M took off on its way to Katyn to commemorate 70th anniversary of the Katyn Massacre. The plane crashed near Smolensk during landing killing all on board.

“I believe that the day will come when this sad, tragic anniversary of the Smolensk air crash will not be divisive, and that Poles will be able to take part in joint reflection and prayer, without negative emotions,” Polish Prime Minister Donald Tusk said Wednesday, as cited by the Polish Press Agency.

“That day will come. I think that this is also what those who died there [at Smolensk] would have wanted, had they been with us today,” he added.

Three years after the presidential plane crash in Russia, the case still captures public attention and provokes strong reactions among the Polish society. A recent survey has indicated that 52% of Poles believe that the reasons for the crash have not been clarified yet.

Jaroslaw Kaczynski, the late President's twin brother and leader of the conservative Law and Justice Party, continues to promote a conspiracy theory relating to the crash, claiming it was the result of an “explosion.”