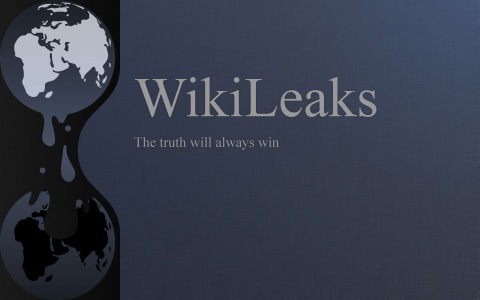 The site for investigative journalism Bivol.bg, official partner of WikiLeaks for Bulgaria, has analyzed the records from the latest whistle-blowing project "The Kissinger Cables."

Bivol further informs that during the Cold War American diplomats have been more productive, sending 10 times more cables than during the period 2003 – 2010. The Cold War cables are, however, shorter, which is explained with mutual spying and information blackouts, prompting diplomats to report even minor rumors obtained through their contacts.

The Bulgarian-linked "Kissinger Cables" do not contain any shocking revelations, according to Bivol, but are a "gold mine" for historians and anyone researching the country's communist past.

They show the American diplomacy's viewpoints about communist Bulgaria, its internal and foreign policies, and the fragile resistance to the regime.

Expectedly, the most mentioned name is the one of communist dictator, Todor Zhivkov – 693 times. There are comments on all his official appearances, including in the media, in the country and abroad. Unofficial information from various sources and even rumors are added to the comments. Many titles include reports on Zhivkov's health, such as a minor heart attack and a prostate surgery with suspicions it was related to cancer.

In addition to Zhivkov, the diplomats focus on members of Politburo and their appearances at events or missing such events, which is interpreted as tipoff for intrigues and struggles for power. Information on dissidents is scarce – one is a report about four members of the Writers' Union refusing to sign a declaration condemning Solzhenitsyn, seen at the time as a heroic act.

There is also a report on a rumor, coming from a trustworthy NATO-country embassy officer in neighboring Romania on May 24, 1974, that Bucharest was discussing the possibility Bulgaria could join the USSR as its 16th republic, which would mandate Romania to open a corridor to the Soviet Union.

"WE WOULD ALSO NOT DISCOUNT POSSIBILITY THAT SUCH A RUMOR COULD HAVE ORIGINATED FROM SOME FOREIGN SOURCE WITH DISINFORMATION INTEREST IN MIND, EITHER TO DISCREDIT SOVIETS (CHINESE) OR TO CAUSE DISQUIET (SOVIETS THEMSELVES)," Ambassador Barnes has written.

The rumor has prompted a check in Sofia and a second secret cable, dated May 28, 1974, this time written by the American Ambassador in Sofia, Herz.

In it the diplomat reports he "ASKED ROMANIAN AMBASSADOR SIMEDREA WHAT HE THOUGHT OF RECURRING RUMORS "IN THE WEST" THAT BULGARIA MIGHT ENTER THE USSR AS SIXTEENTH SOVIET REPUBLIC. SIMEDREA, WHO HAD JUST WITNESSED BULGARIAN LEADERSHIP IN ACTION DURING CEAUSESCU AND MACOVESCU VISITS, SAID "ONE CAN ONLY ADMIRE THE BULGARIANS. ON THE SURFACE THEY ARE AT ONE WITH THE SOVIET UNION, BUT BELOW THE SURFACE THEY ARE THE MOST NATIONALISTIC COUNTRY IN THE WORLD."