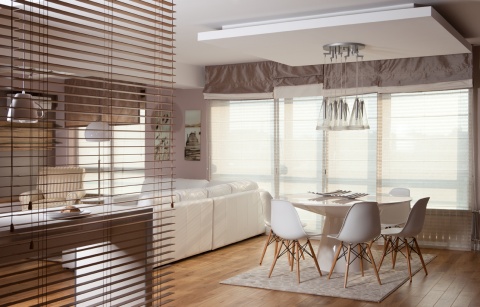 Despite the gloomy state of Europe's economy, parts of Sofia's rental market continue to be vibrant. The Cleves portfolio of 110 upmarket apartments last year recorded 83% occupancy.

With the decline in Sofia's expatriate numbers over recent years, and cuts in corporate housing allowances, this may seem surprising.

Several factors are at play.

Nowadays senior expatriate managers seem to be working for longer hours and under greater pressure than ever. For our tenants, returning home to their apartments at 8.00pm or later is the norm, not the exception.

Renting in Sofia can still spring surprises. To its embarrassment one Embassy recently learned that the house it had rented for a senior diplomat did not have full certification under Bulgarian building regulations (Act 16), and was about to have its utilities cut off.

Frequently we hear about expats having to walk up many flights of stairs for months because their building's multiple owners cannot agree about footing the cost of repairs to the elevator.

Challenges like these make renting a professionally managed apartment much valued. Not having the chore of paying utility bills, and having a team on hand to keep everything in good working order, are serious benefits.

Another interesting feature of the market is the growing popularity of short-term rentals. Last year short-term accounted for 5% of our occupancy. This year it will be 50+% higher.

Regular travellers to Sofia like the freedom, the privacy and the space. Typically you get the size of a hotel suite for less than the price of an ordinary hotel bedroom.

A final notable feature of Sofia's rentals market today is that tenants have become less single-minded about location. There was a time when most insisted on living in Doctors' Gardens or nearby.

The Metro has expanded, and businesses have moved away from the very centre. In recent years upmarket office clusters have sprung all over town – not just the Business Park in Mladost, but also along Tsarigradsko Shosse, in Iztok and around Bulgaria Mall in Manastirski Livadi. This has made rental locations near these new office centres much more popular.

Vesey Crichton is a partner at Cleves: www.cleves.bg