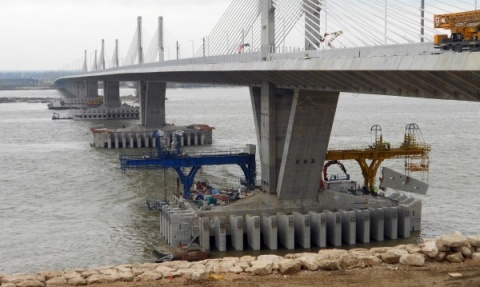 The water level at Bulgaria's city of Vidin has risen by 31 cm in the last 24 hours. Photo by BTA

Water level at the Bulgarian city of Vidin on the Danube river has reached 775 cm which is prompting the country to declare first degree alert.

Such alert is declared when water level rises above 750 cm.

The first degree alert is not the highest one. Second degree is declared when the level exceeds 800 cm.

As early as the weekend, Bulgaria's Ministry of Environment alerted all regional governors and local units of relevant executive agencies, warning regional authorities to ensure the protection of citizens and properties.

Inspections of anti-flood dykes have not found any damages in them.