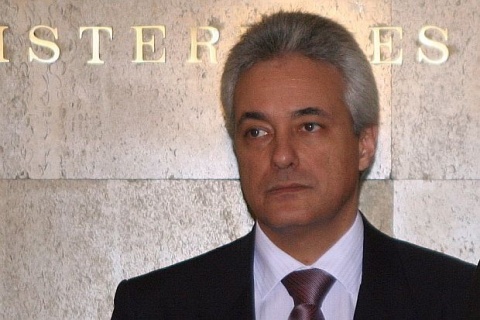 It will be headed by the country's ambassador to France Marin Raykov. He will also serve as foreign minister.

This is the third caretaker government in Bulgaria's democratic history since 1989 when the communist regime was toppled.

Indzhova, 58, was head of Bulgaria's Privatization Agency (1992–1994), prior to heading a caretaker government after the collapse of Lyuben Berov's cabinet. She is the first woman – and still the only one – to have ever served as Bulgarian Prime Minister.

She was appointed by President Zhelyu Zhelev.

Bulgaria's second caretaker government came in the wake of large scale protests in January 1997, that led to the toppling of the Socialist cabinet of Zhan Videnov.

The rallies flared because in two years in office, the Socialists led the country to a deep political, economic, and financial crisis, and hyperinflation.

At the time, the BGN was crashing down to reach the exchange rate of BGN 1 for USD 3 000, while basic staples, even bread and milk, disappeared from stores. Prices changed several times in the course of one day and as result of the hyperinflation, income of Bulgarians was estimated at USD 10 a month while monthly retirement stood at USD 3-5.

In this situation, the cabinet Videnov resigned at the end of 1996, but the Bulgarian Socialist Party, BSP, decided to appoint a new government, to be led by then Interior Minister, Nikolay Dobrev, which triggered the wave of discontent on January 10, 1997. On this day, the demonstrators surrounded the building of the Parliament with demands for snap elections.

In the evening, they attempted to enter inside the building, but were dispersed by the police and beaten by policemen later during the night, with some sustaining serious injuries.

The police brutality led to escalation of protests and BSP was forced to withdraw its intentions to form a new cabinet. Then President-elect, Petar Stoyanov, long-associated with the right-wing, supported the demonstrators and refused to accept the folder, containing the list of names of the new ministers.

After being inaugurated, Stoyanov appointed a new caretaker government which tamed inflation and set Bulgaria on its way to EU and NATO, of which it became a member in 2007 and 2004, respectively.

It was headed by Stefan Sofianski.