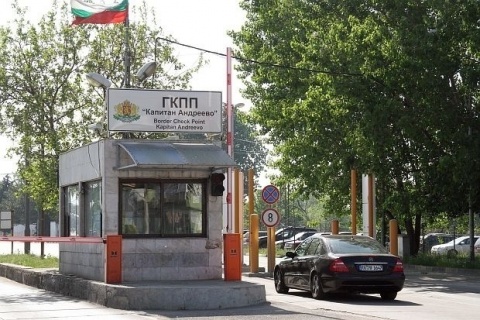 The Netherlands remains the only country which is openly opposed to the accession of Bulgaria to Schengen. File photo

The enlargement of the Schengen area has been removed from the agenda of the forthcoming summit of the EU Council on Justice and Home Affairs on March 7th and 8th in Brussels.

The news was reported by the Bulgarian National Radio, BNR, citing the Council's press office.

At the beginning of the year, the Irish Presidency of the European Union distributed a program, according to which the enlargement of Schengen and Bulgaria's and Romania's membership was included in the agenda of the above summit.

The Netherlands remains the only country which is openly opposed to the accession of Bulgaria and Romania to Schengen over the problems of the two countries with corruption and organized crime. It says it want to see two consecutive positive European Commission reports on them under the Cooperation and Verification Mechanism.

Last week, Jochem van Opstal, spokesman for the Dutch Ministry of Security and Justice rejected an alleged softening of stance towards Bulgaria's accession to Schengen.

One day earlier, Dutch State Secretary for Security and Justice Fred Teeven was quoted by the Bulgarian National Television (BNT) as having said that "I had a very frank discussion with Deputy Prime Minister Tsvetan Tsvetanov and I got the impression that Bulgaria was ready."

There is no listed reason for the change in the Council's agenda, however, Romania has already voiced concerns the unstable political situation in Bulgaria could threaten its Schengen membership.

Last Wednesday, Bulgarian Prime Minister, Boyko Borisov made the stunning announcement he was resigning, grounding the decision on not wanting to see blood on streets and fences around the building of the Parliament. He said he was returning the power to the people who elected him in the summer of 2009.

On Thursday, the Parliament accepted with overwhelming majority the resignation of the government of his Citizens for European Development of Bulgaria party, GERB.