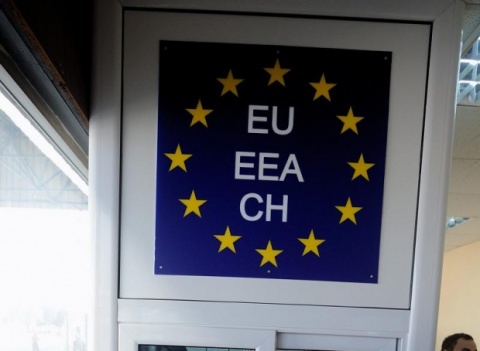 A spokesman for the Dutch Ministry of Security and Justice has rejected an alleged softening of stance towards Bulgaria's accession to Schengen. Photo by BGNES

A spokesman for the Dutch Ministry of Security and Justice has rejected an alleged softening of stance towards Bulgaria's accession to Schengen.

One day earlier, Dutch State Secretary for Security and Justice Fred Teeven was quoted by the Bulgarian National Television (BNT) as having said that "I had a very frank discussion with Deputy Prime Minister Tstevan Tsvetanov and I got the impression that Bulgaria was ready."

According to the BNT program, he was speaking about Bulgaria's Schengen bid.

"This is not true," van Opstal claimed.

"I was there, the interview was in Dutch. The Dutch stance remains unchanged," the spokesman for the Dutch Ministry of Security and Justice noted.

He argued that and the journalists who accompanied him to the Hague had been told by Teeven that Bulgaria had registered progress and the Netherlands had to discuss it with its EU partners in Northwestern Europe who had reservations about the expansion of Schengen.

Van Opstal suggested that the issue could be included in the agenda of the next meeting of the Justice and Home Affairs Council on March 7 in Brussels, adding that it was too early to say.

"There may be talks on the matter and the Netherlands wants to be prepared," he added.

The Netherlands remains the only country which is openly opposed to the accession of Bulgaria and Romania to Schengen over the problems of the two countries with corruption and organized crime.