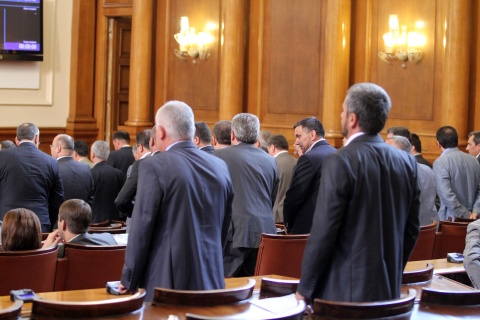 Bulgaria's Parliament has adopted at first reading amendments to the Energy Efficiency Act. Photo by BGNES

Bulgaria's Parliament has adopted at first reading amendments to the Energy Efficiency Act.

The amendments initiated by the government were passed Friday with 79 votes in favor, 3 against, and 14 abstainees, according to reports of the Focus news agency.

The amendments envisage drafting a national plan for increasing the number of nearly zero-energy buildings and the introduction of energy performance certificates of buildings and building components.

During the discussion of the bill, Rumen Danev, MP of center-right ruling party GERB, called for support for the legislation, emphasizing its good points.

Danev noted that a total of 11 000 buildings would be inspected and issued energy performance certificates under the new provisions.

He suggested that the step would boost the standard of living of the population and create jobs for energy efficiency inspectors.

Meanwhile, Pavel Shopov from nationalist party Ataka argued that the proposed amendments served the interests of a group of companies who would get money under EU programs.

According to reports of the Bulgarian Telegraph Agency (BTA), the amendments also stipulate that the energy use per square meter will be listed in sales or rent offers for buildings.

All public buildings with a total built-up area of over 500 square meters will be subject to energy certification, according to the bill, and the threshold will drop to 250 square meters in 2015.

The proposed set of amendments to the Energy Efficiency Act implement Directive 2010/31/EU.