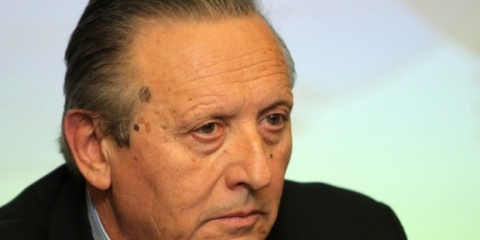 Acad. Stefan Vodenicharov was the only nomination for the post director of Bulgaria's Academy of Sciences (BAS) at the beginning of December. Photo by BGNES

Earlier in the day the government's press office announced that Milena Damyanova, who has been serving as Deputy Education Minister, will head the department, only to deny the information minutes later.

Vodenicharov's nomination should be approved by Bulgaria's parliament.

Ignatov submitted his resignation at the request of Prime Minister, Boyko Borisov, hours after the resignation of the manager of Bulgaria's embattled and scandal-ridden Scientific Research Fund, Hristo Petrov.

The PM stated Monday that he just learned about the violations and the scandal with financing science and research in Bulgaria and pledged that more heads would roll by the end of the day.