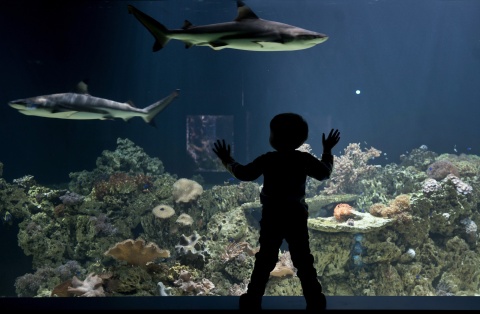 Dimitar Nikolov, Mayor of Bulgaria's Black Sea city of Burgas, has proposed the launch of a procedure for building an oceanarium.

The facility is to be built in the Ezero (Lake) park under a concession contract.

The oceanarium is to be designed, built, and maintained by the future investor, according to the press center of the Burgas Municipality.

The concession agreement will include an oceanarium with aquariums containing Black Sea, Mediterranean and ocean species, a dolphinarium with an arena and dolphin rest areas, a water park with outdoor and indoor sections, a SPA zone, a tropical forest with real plant species, shops, green areas, parking lots, and transport and engineering infrastructure.

The implementation of the project is expected to absorb an investment of at least BGN 80 M.

The concession proposal for the oceanarium was submitted in response to investor interest, according to the press office of the local administration in Burgas.

The implementation of the project is to help increase the tourist flow in Burgas, thereby giving a boost to tourism-related activities.

The project is to create jobs both in its construction phase and its operational phase.

The completion of the project is to result in an improvement of the urban environment in the city.

The benefits for the Burgas municipality from the completion of the oceanarium project have been set out in greater detail in a report.

The investment intention is in line with plans of Burgas authorities to develop year-round tourism.