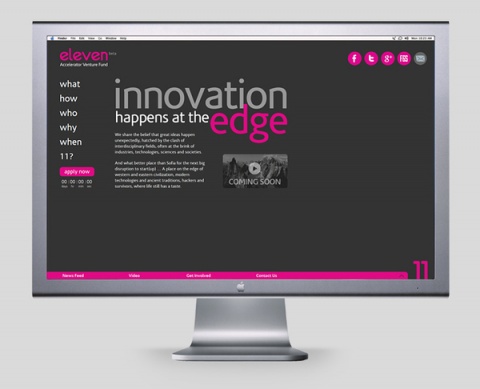 Eleven аccelerator venture fund, which was launched in Bulgaria in August last year with EUR 12 M, has announced that another eight startups have joined its headquarters at the beginning of January.

The new entries are from Bulgaria, Croatia, Serbia and Romania.

Their concepts differ widely – from providing solutions in the fields of education, medicine, trade and communications - but they all are based online.

The fund is focused on innovative ideas, providing EUR 50,000 for proof of concept during a 3+3 month acceleration program under one roof with the ability for up to EUR 150,000 follow-on seed investment.

The money comes from the European Union's Jeremie, the Joint European Resources for Micro to Medium Enterprises.

Eleven's partners include Springboard and Google.

The accelerator reportedly has a mandate to spend its budget in 3.5 years funding between 100 and 200 startups.

In the summer last year Eleven announced its first 11 startups, which range from a sort of Farmville with real farms to a data management platform and an app that "solves every woman's problem, what to wear on any occasion".

The application window for the third batch of Eleven companies is already open, until February 3.