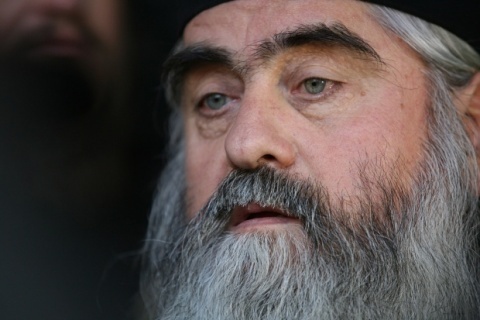 Ekaterina Boncheva, member of Bulgaria's so-called files commission showed for the first time in a live TV broadcast the file of interim Patriarch Kiril, exposing him as an agent of the Communist State Security.

Speaking for Nova TV Saturday, Boncheva revealed that Kiril had never and in no way apposed this collaboration, adding all Communist State Security, DS, informers had received special training one way or the other.

She explained the records have shown that in the 80s of the last century, there were 32 agents of DS among the senior clergy, of whom 12 from the Religious Academy and 8 in the Holy Synod.

Her words made it clear that Kiril not only has a file, but was eagerly collaborating.

Boncheva stated that German Professor Hansj?rg Geiger, who is known as the person dismantling the Communist Stasi, told her during a recent visit to Bulgaria that there was not even one Stasi agent in the current German Secret Services.

"And where are we," she asked rhetorically, adding she would agree with just one statement of the former Chief of the sinister 6th DS Unit, Dimitar Ivanov, that the Services have formed very serious moral and professional dependencies and the agents backed each other until today..

On Friday, Sofia's Diocesan Council of prelates and vicars did not sign the list of representatives from the Sofia Diocese to elect a new patriarch, prepared by Kiril, on grounds they did not know the people in it and that it did not include representatives of 6 districts near Sofia.

Kiril and the Sofia Bishopric labeled it "sabotage."