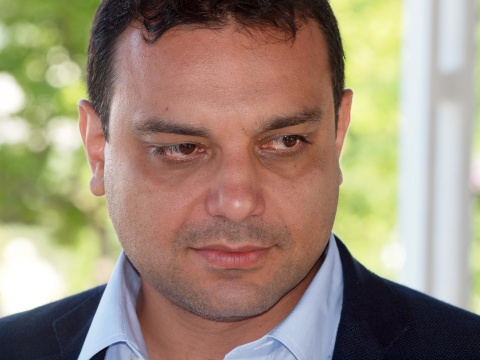 Transport Minister Ivaylo Moskovski has said that the privatization of the freight arm of the Bulgarian State Railways (BDZ) would be a success if the government managed to raise BGN 200 M. Phto by BGNES

Transport Minister Ivaylo Moskovski has said that the privatization of the freight arm of the Bulgarian State Railways (BDZ) would be a success if the government managed to raise BGN 200 M.

In a Wednesday interview for TV7, Moskovski specified that the sum was needed urgently to pay off a part of the BGN 750 M debt of the holding.

Bulgaria's Transport Minister suggested that BDZ would cease to exist unless a portion of the company's debts was paid off.

"The trade unions claim that assets worth BGN 500 M will be sold for a song. If anybody brings me an investor who is willing to willing to shell out that much money, I will personally roll out the red carpet," Moskovski commented, adding that the privatization was not an end in itself and everything possible was being done to complete it successfully.

After the first attempt of the Privatization and Post-Privatization Control Agency to sell the cargo unit of BDZ fell through, the criteria for the future investor were lowered, as well as the price of the company.

Commenting on the Passenger Services unit of BDZ, Moskovski noted Thursday that the Transport Ministry had received a request for a 5% hike in rail fares.

He specified that the proposal was being analyzed and the rail fare hike would most probably be introduced by the end of the month.

Moskovski assured that rail transport would remain cheapest despite the price hike.