US Adopts Law against Iran's Influence in Latin America 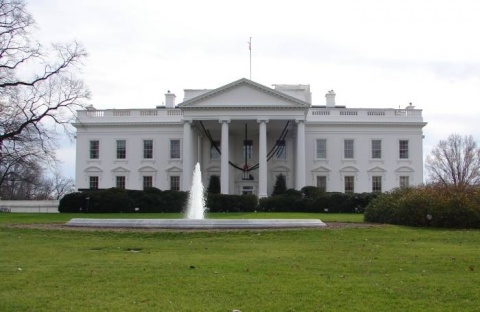 US President Obama has enacted the Countering Iran in the Western Hemisphere Act. File photo

US President Barack Obama has signed a law designed to counter Iran's alleged influence in Latin America, through a new diplomatic and political strategy to be designed by the State Department.

The Countering Iran in the Western Hemisphere Act, passed by US lawmakers earlier in 2012 calls for the State Department to develop a strategy within 180 days to "address Iran's growing hostile presence and activity" in the region.

Although the strategy is confidential and only accessible to lawmakers, it must contain a public summary, international media reported.

The text also calls on the Department of Homeland Security to bolster surveillance at US borders with Canada and Mexico to "prevent operatives from Iran, the IRGC (Iranian Revolutionary Guard Corps), its Quds Force, Hezbollah or any other terrorist organization from entering the Untied States."

And within Latin American countries, the text provides for a multiagency action plan to provide security in those countries, along with a "counterterrorism and counter-radicalization plan" to isolate Iran and its allies.

The US government has made it clear that it is closely monitoring Iran's activities in Latin America, though senior State Department and intelligence officials have indicated there is no apparent indication of illicit activities by Iran.

Iran, placed under a series of international sanctions because of its suspect nuclear program, has opened six new embassies in Latin America since 2005 - bringing the total to 11 - and 17 cultural centers.

Iranian President Mahmoud Ahmadinejad has made regular visits to Latin America, though he only toured the region twice this year. Iran has close ties with Bolivia, Ecuador and Venezuela.