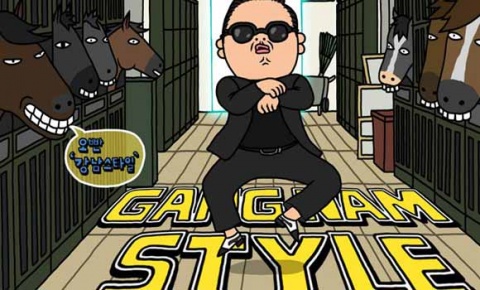 Psy's "Gangnam Style" video was approaching the one-billion-view mark on YouTube Friday, as a result of the enduring global craze for the South Korean rapper.

As of 0600 GMT, the view counter attached to "Gangnam Style," which was only posted on the video-sharing site in mid-July, stood at 995.8 million and counting.

Psy's Gangnam Style video broke YouTube's records as the most viewed video ever after getting more than 700 million views.

The timing of the one-billion views breakthrough comes less than a month after the video took the all-time "most-viewed" title away from "Baby" by Canadian heartthrob Justin Bieber.

Bieber's effort was still in second place Friday with more than 812 million views.

Rolling Stone put "Gangnam Style" at number 25 on its top 50 list of best songs for 2012 and labelled Psy as "Seoul Brother Number One." On the Billboard Hot 100 chart it peaked at number two.

The song -- which refers to a trendy Seoul district -- has spawned a mini tribute video industry and has been co-opted by an impressive roster of big names.