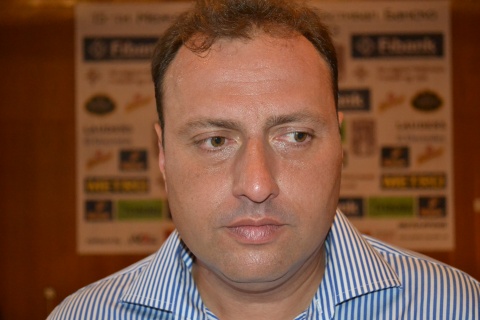 Georgi Ikonomov, Mayor of Bulgaria's mountain resort of Bansko, has submitted a petition requesting the launch of legal proceedings for the extension of the ski zone in the town. Photo by BGNES

Georgi Ikonomov, Mayor of Bulgaria's mountain resort of Bansko, has submitted a petition with the Council of Ministers requesting the launch of legal proceedings for the extension of the ski zone in the town.

The petition is backed by 8000 signatures and envisages the extension of the ski runs by around 30 kilometers.

Prime Minister Boyko Borisov, who received the petition Wednesday, assured representatives of the initiative committee that the request would be reviewed.

The Mayor of Bansko suggested that the move would not exceed the territory of the existing concession but would simply ensure better use of the concession territory.

The Mayor of the ski resort pointed out that the plan was to expand the ski runs by 20-30 km and to build a new cabin lift line.

Ikonomov argued that the step would give a strong boost to tourism and Bulgaria's overall development.

"I believe we must give a clear sign that we value winter tourism and we are working for it," he emphasized.

The Mayor of Bansko went on to accuse environmental organizations of obstructing the development of winter tourism, adding that environmentalists were all about road blocks and had "nothing real in their words."

The requested expansion is impossible because a part of the ski zone is on the territory of the Pirin National Park, which is under the aegis of UNESCO, which opposes the step.

In end-June, UNESCO's World Heritage Committee warned that Bulgaria had to prevent the construction of new ski facilities and ski zones on the territory of the Pirin National Park.

UNESCO representatives conducted an inspection in Pirin in October 2011 to determine the impact of the replacement of ski facilities by the Yulen AD company and to decide whether the site had to be inscribed on the List of World Heritage in Danger.

The experts concluded that the replacement of two ski lifts, which had been carried out against the law (the facilities did not match the site development plans and lacked Environmental Impact Assessments (EIAs)) , had had no negative impact on the Pirin National Park and there was no need to change the status of the site.

Meanwhile, UNESCO also pointed out that the construction of the ski zone in the Bulgarian mountain resort of Bansko had inflicted the maximum permissible damage upon the environment in the Pirin National Park.

The report also cautioned about the lack of transparency in the authorities' decision-making and the violations of the boundaries of the zones in the Pirin National Park and the lax control over the construction of ski facilities in the Bansko ski zone.

UNESCO further issued strong recommendations to Bulgaria to not allow the construction of new ski facilities and ski zones on the territory of the site.

The damage caused by the Bansko ski zone led to its territory being taken off the UNESCO's World Heritage List and being included in the so-called buffer zone of the site.

UNESCO further criticized Bulgaria over the economically unfeasible excessive construction in Bansko and Razlog, which prevented a balanced and sustainable use of the world-famous site in Pirin.