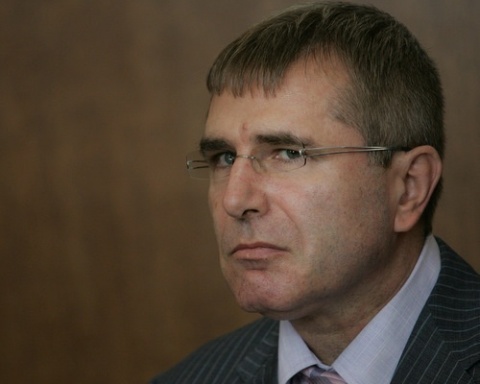 Believed to be one of the richest men in the Balkans, Kovachki has denied any wrongdoing when charged with tax evasion. Photo by BGNES

Energy tycoon Hristo Kovachki, who was investigated on tax evasion charges two years ago, is the real buyer of the heating utility in the Bulgarian Danube city of Ruse, according to reports.

Russian steel and mining giant Mechel announced on Tuesday that it has successfully concluded the sale of the heating utility in the Bulgarian Danube city of Ruse in a bid to slash its debt load.

Mechel has signed an agreement for the disposal of 100% of Toplofikatsia Russe EAD to Toplofikatsia Pleven, a privately-held Bulgarian power company.

The deal price has been set at approximately EUR 27.7 M based on the asset's equity value.

In May 2011 Hristo Kovachki was allowed to sell two heating utilities to offshore companies registered in the Seychelles.

The precise ownership of the offshore companies and the price of the deals was unclear.

Two years ago, Kovachki was charged with tax crimes amounting to BGN 16 M for the 2005-2008 period from four of his businesses, only to be acquitted by Sofia Appellate Court in May 2012.

Kovachki, whose party failed to win seats in the parliamentary elections in the summer of 2009, has diverse business interests, ranging from manufacturing to banking and from energy to retail.

Believed to be one of the richest men in the Balkans, he owns the Thermal Plants "Maritsa-Iztok 3" in Dimitrovgrad and "Bobov Dol", several mines, as well as the heating utilities in Vratsa, Burgas, Veliko Tarnovo and Pleven, the grocery chain "Evropa" and the "Atomenergoremont" company.

According to data by the National Revenues Agency, 37 companies, linked to Kovachki, owe to the budget BGN 100 M in taxes and social security payments.