Mercury Falls to Minus 22C in Bulgaria 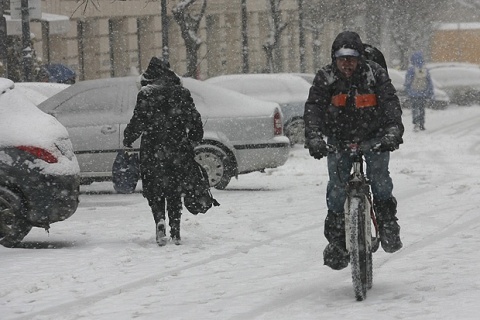 Bulgaria is to see another wave of blistering cold in most parts of the country, weather forecasts have warned. Photo by Sofia Photo Agency

Code orange over extremely low temperatures has been declared in the western Kyustendil and Pernik regions, the National Institute for Meteorology and Hydrology at the Bulgarian Academy of Sciences (BAS) announced Friday morning.

In western Bulgaria, the mercury is expected to fall anywhere from minus 18C to minus 22C.

The minimum temperatures will be between minus 10C and minus 15C. In the capital Sofia, the mercury will fall to the minus 15C degrees mark.

In the afternoon, the mercury will climb anywhere from minus 1C to minus 4C

Roads are being cleaned but icy and treacherous conditions are possible at many locations.

The coldest location and one of the temperature records is the western city of Kyustendil with -19 degrees Celsius.