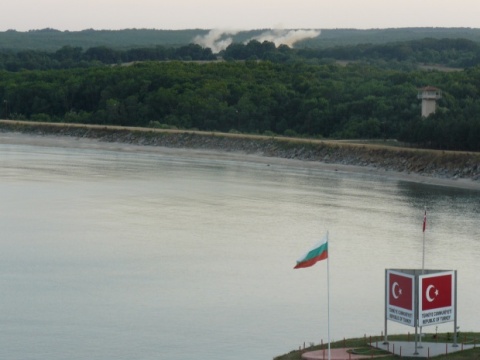 Locals from Bulgarian village of Rezovo on the border with Turkey feared the Turkish project to build a TPP was going to destroy the Strandzha mountain forests. File photo by BGNES

Turkey has given up plans for the construction of a thermal power plant (TPP) in the town of Igneada, near the border with Bulgaria.

The Turkish Ministry of Environment and Urban Planning has rejected the proposal of a Turkish company to build the TPP on grounds the project is unfeasible.

The site of the projected plant is just across the Bulgarian village of Rezovo, whose residents staged a torchlight protest rally last Saturday amidst fears the project will destroy the Strandzha mountain forests.

On November 8, Bulgarian media reported that a private Turkish company planned to build a 1200 MW TPP running on imported coal in the town of Igneada.