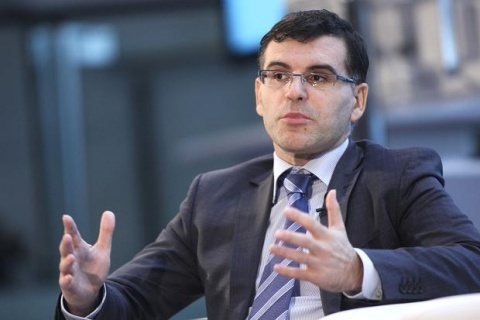 Bulgarian Minister of Finance Simeon Djankov, much vaunted by himself and PM Boyko Borisov as the Bulgarian cabinet's top asset in times of financial crisis, does not appear in the Financial Times 2012 ranking of EU Ministers of Finance.

The ranking includes only 19 of the EU's 27 Finance Ministers, meaning Djankov and 7 other of his colleagues were left out.

The list is topped by champion of austerity, German Federal Minister of Finance Wolfgang Schaeuble.

In the Top Five, he is then followed by Sweden's Andreas Borg, Poland's Jacek Rostowski, Finland's Jutta Urpilainen, and Ireland's Michael Noonan.

Bulgarian PM Boyko Borisov and FinMin Simeon Djankov have all to often made the point that Bulgaria is among the very top EU member states in terms of public finances.

They have argued that Bulgaria's balanced finance policy during the crisis is a key virtue of the cabinet, and justifies spending cuts and an economic stagnation.