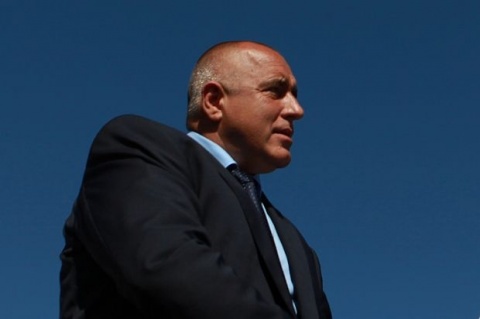 Tuesday, Borisov declared the nominee was the "best district judge he ever worked with when he was still Chief Secretary of the Interior Ministry."

As early as the summer, the PM speaking for Nova TV, said it would be best for a judge to take over the prosecution. In 2010, Tsvetanov labeled Tsatsarov "a stable magistrate" and stressed immediately after the nomination on his impeccable reputation in Plovdiv.

For this reason, he submitted his resignation before the Supreme Judicial Council, VSS. The resignation was approved unanimously.

VSS has two more sittings during which other nominations can be made.

On the same day of Tsatsarov's nomination, VSS also decided on some controversial rules for electing the Chief Prosecutor, stirring suspicions that the strong lobby backing Tsatsarov had tailored them especially for him in an attempt to secure his post.

In order to be elected, a candidate needs 17 votes from VSS members, however, as the Bulgarian site Mediapool noted, the balance between the members shows that Tsatsarov would have a great chance if his nomination is to be voted first and separately from all others.

In order to play this scenario, the majority in VSS eliminated the traditional ballot vote and decided to introduce electronic voting.

On top of the above, VSS decided that when one nomination collects the required 17 "for," the others would not be voted at all, along with not using the alphabetical order of the names of the candidates, but the order of the submission of their concepts.

It was reported meanwhile that Tsatsarov has sent a letter Tuesday to Justice Minister, Diyana Kovacheva, asking for changing these rules because they mandated for his nomination to be voted first. He had not opposed the electronic voting, though.

The election of the new Chief Prosecutor comes on the heels of a still-raging scandal with the appointment of controversial judge Veneta Markovska as a member of the Constitutional Court. It shook the judicial system and the Parliament and triggered criticism from the European Commission.

EC repeatedly warned they were closely watching the election of the Chief Prosecutor as well and expected from Bulgaria to adhere to rules of transparency and integrity in making senior judicial appointments.