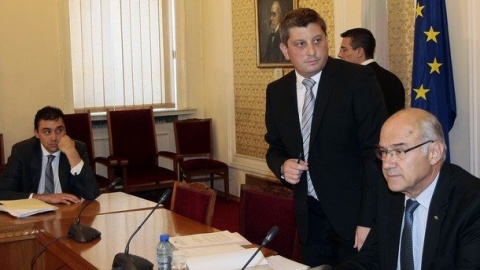 Bulgaria's temporary parliamentary subcommittee for the Belene NPP is to conclude its work by January 25th, 2013. Photo by BGNES

Bulgaria's temporary parliamentary subcommittee for the Belene NPP is examining Tuesday the report of the Public Financial Inspection Agency revealing violations in a number of procedures.

At the last subcommittee meeting, the Members of the Parliament decided to extend the deadline for their work to January 25th. Its report about likely violations in the preliminary procedures for the project to build a second Nuclear Power Plant in the Danube town of Belene is expected right in the eve of the referendum, scheduled for January 27th.

Former Heads of the National Electric Company (NEK), Mardik Papazyan and Luybomir Velkov, and the former CEO of the Bulgarian Energy Holding, BEH, Galina Tosheva, have been summoned to the Tuesday meeting along with appraisers, who have prepared a report for the sale of the equipment at the Belene site.

Those summoned for the last meeting of the subcommittee failed to appear before it.

Bulgaria's center-right Citizens for European Development of Bulgaria, GERB, government scrapped the Belene project in March 2012, declaring it economically unfeasible. The pro-Belene Bulgarian Socialist Party, BSP, then launched a petition for a referendum on the Russian-Bulgarian project. The referendum will take place on January 27, 2013.

Discussions renewed recently on the abandoned project, with Rosatom subsidiary Atomstroyexport upping its claim against Bulgaria's National Electricity Co. to EUR 1 B and a mysterious investment fund emerging with an offer to take over the project. Bulgaria's right-leaning Blue Coalition has challenged the legality of such a referendum.

Rosatom recently said it was open for an out-of-court settlement of the arbitration suit.