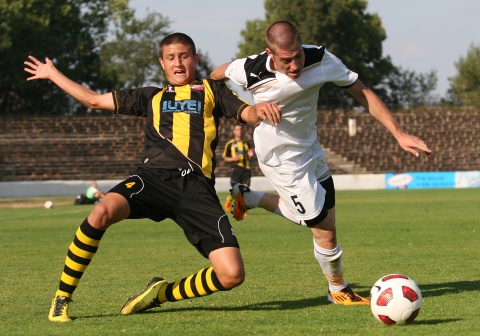 Two Bulgarian brothers will bolster Canterbury United for the start of the New Zealand football league season on Friday.

"They've come here to see Tsetso, who is a close friend of their father and has known them since they were boys," Braithwaite said. "They decided to play football while they are here on holiday."

"They are both very talented. Vlad has got an educated left foot and is a good distributor of the ball and Dimi, up front, will play the No 10 role tucked behind striker Russell Kamo."

Dimi Bayrev's arrival means Canterbury should not be short of scoring options despite the loss of Golden Boot winner Slefendorfas.

The Bulgarian, who Braithwaite rates as "skilful on the ball and an excellent finisher", will join Kamo, Darren White, Andy Barton and All White Aaron Clapham at the fulcrum of the attack.