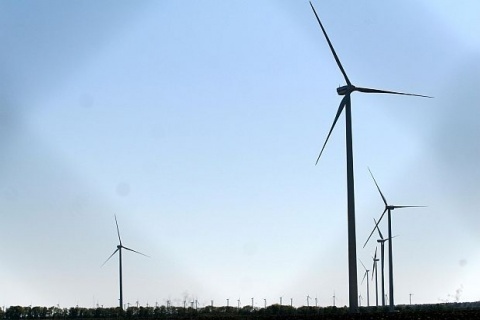 The adoption of legal amendments that introduce grid access charges on all operating renewable energy producers in Bulgaria have been met with strong resistance. File photo

The European Commission has launched a probe against Bulgaria over the decision to introduce grid access charges on all operating renewable energy producers.

The news was announced by the Bulgarian National Radio, BNR.

The probe was launched after Bulgarian renewable energy producers notified and filed a claim with the European Commission at the end of October, insisting the recently introduced grid access fee constitutes unregulated state aid to power distributors.

Renewable energy producers and industry representatives have also staged a number of protest rallies over the grid access fee in front of the headquarters of the State Commission for Energy and Water Regulation (DKEVR) in Sofia with demands for the resignation of DKEVR Chair Angel Semerdzhiev.

They say the fee for accessing the networks of the three power distributors operating in the country will deprive them of 10-40% of their revenues and will lead to numerous bankruptcies.

In a letter to Economy and Energy Minister Delyan Dobrev, obtained by the opposition Glasove newspaper, the envoys protested vehemently against the electricity regulator's decision to introduce grid access charges on all operating renewable energy producers.

According to them with this decision Bulgaria risks to drive away foreign companies, considering investments in the country in many sectors, not only those dealing with renewable energy.

Meanwhile the President of the European Bank for Reconstruction and Development (EBRD) Suma Chakrabarti also voiced concerns that those charges have been applied retroactively and without any prior consultations with the sector stakeholders.

"These access charges will mean that most currently operating renewable energy generators will immediately become unviable and will be unable to repay their loans," read Chakrabarti's letter to Bulgaria's Prime Minister Boyko Borisov.

"This raises broader concerns among all investors about the reliability of contracts and the predictability of the Bulgarian business environment," it pointed out.

DKEVR introduced the surcharge on grounds this way the financial burden from the joining in the grid of new solar and wind parks will fall on green energy producers.

It emerged Wednesday at the DKEVR meeting that the surcharge will become permanent in 2013.