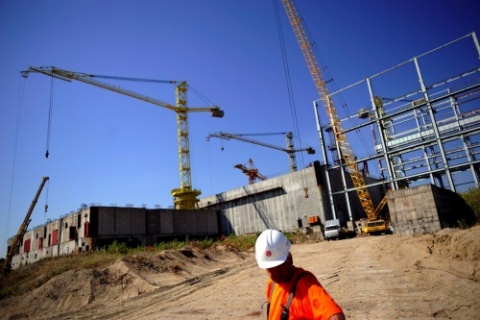 A file picture, dated September 3, 2008, shows workers during the construction of the first 1 000 MW unit of the second nuclear plant of Belane, Bulgaria. Photo by EPA/BGNES

The temporary parliamentary inquiry committee, probing the project to build a second Nuclear Power Plant in the Danube town of Belene in Bulgaria all the way back to 2002, has requested the full documentation on it.

The bodies that have been involved on way or another in the project have a 7-day deadline to comply with the request and submit all reports, shorthand notes, protocols, correspondence etc., the Committee has decided during its very first meeting.

The news was reported by its Chairman, Dian Chervenkondev, Member of the Parliament from the ruling, center-right Citizens for European Development of Bulgaria party, GERB.

After receiving the documentation, the Committee will start questioning the individuals, who have signed it, to find out if the law was obeyed and national interests protected.

Chervenkondev stated he expected the MPs will stumble upon information that a number of politicians– ministers, members of political cabinets, and political lobbies - have exerted pressure regarding the NPP.