Bulgarian Rulers to Do Away with Architectural Reserves 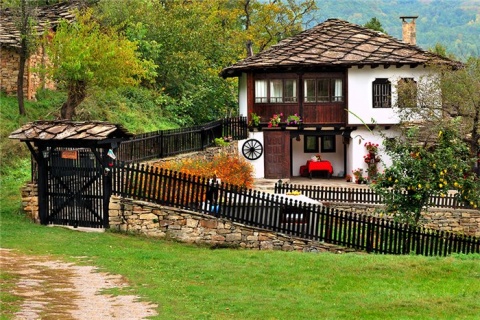 Bozhentsi is one of Bulgaria's 19 architectural reserves, emblematic tourism spots, which seem set to loose its status with controversial legislation amendments. Photo by bis.bg

Instead of remaining architectural reserves, the 19 cultural monuments in question will be awarded a status of "valuable real estate of national importance"; this is said to become the new highest legally recognized protection status for them, the Dnevnik daily reported.

However, experts say that this status does not rule out encroachments by investors; in fact, it is believed to allow investors to easily break up "group cultural monuments" into individual monuments allowing developments in the zone around them.

This is said to be the greatest concern of the Supreme Prosecutor's Office of Cassation's unit on cultural heritage.

The draft amendments will strip some of Bulgaria's top tourism spots of their architectural reserve status, and will turn them into "group monuments with national importance".

If the amendment is passed, that affected emblematic architectural reserves will include Koprivshtitsa, Arbanasi, the Old Town in Plovdiv, Kotel, Bozhentsi, Zheravna, Melnik, Sozopol, Kovachevitsa, and Tryavna.