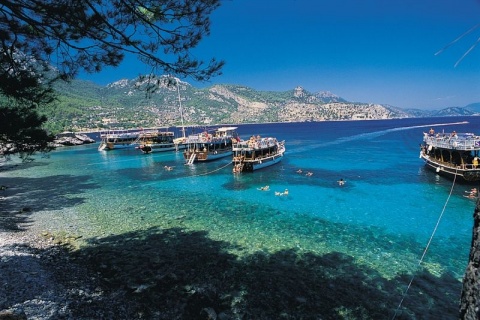 The Turkish parnter of the Bulgarian tour operator that left 38 Bulgarian tourists stranded in Turkey announced it will pay for their stay so that they are not evicted from their hotel.

This was revealed by Bulgarian Minister of Economy, Energy and Tourism Delyan Dobrev at a press conference Thursday.

The group of 38 staying in Marmaris were informed by a hotel representative that they will have to leave or pay for their stay, as their Bulgarian tour operator had failed to do so.

The company in question is On Travel, which was involved in a similar stranding of Bulgarian tourists in Spain last week.

Vice-minister for tourism Ivo Marinov has informed that a procedure for revoking the company's license has already started.

As things stand, the Turkish partner of On Travel has agreed to pay the missing sum, to be later reimbursed by the Bulgarian company's insurer.

The Bulgarian tourists will be able to stay in Marmaris till the end of their holiday.