Bulgaria's 'Miracles 2' in Heated Race ahead of Grand Finale 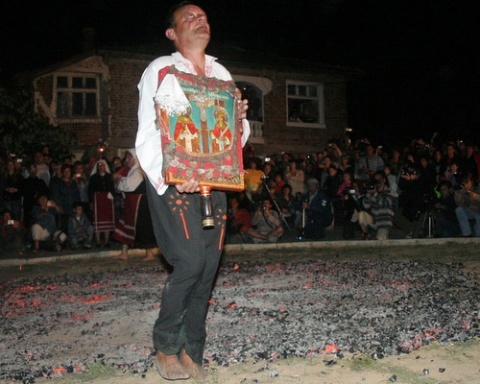 Over half million of Bulgarians have voted for "The Miracles of Bulgaria," ahead of the grand finale of the campaign.

The campaign "The Miracles of Bulgaria 2" is held under the initiative of the Bulgarian "Standard" daily and aims at choosing new Bulgarian treasures to be added to the list of protected cultural heritage of the UN Cultural Organization UNESCO.

According to the daily, one Bulgarian is voting or reading news on the campaign's official site every minute.

The final results will be announced on Wednesday, October 3, at a mega show, staged by Standard. With it the daily also celebrates its 20th anniversary.

The show will be held at Hall 1 of the National Palace of Culture in downtown Sofia. According to the organizers, the interest has been huge and tickets are almost sold out.

Two days ahead of the deadline, the "miracles" are in a heated race, with local mayors and teachers creating social networks' groups to gather support for their sites. The town of Kazanlak has even mounted computers on the central square to allow people to vote round-the-clock for the nearby Valley of Thracian Kings, Standard writes.

The vote is still open at bgchudesa.com.

The Belogradchik Rocks and the Magura cave are leading the race, followed by the Baba Vida Fortress, the Valley of the Thracian Kings, Aladzha Monastery, and the old capital Veliko Tarnovo.

In the intangible Bulgaria treasures category, the Plovdiv area masters of puppets from foliage are first, followed by the traditional Bulgarian Martenitsa.

The unique show, marking the end of the campaign, will display Bulgaria's history and achievements through music and light. Bulgaria's heritage will be presented by a young Bulgarian woman, played by popular singer and actress Neti, in the form of a tale and trip through centuries with her foreign boyfriend.

The goal of the initiative is to help the State in protecting at least two more Bulgarian treasures by including them in UNESCO's World Heritage List of properties forming part of the cultural and natural heritage, which the World Heritage Committee considers as having outstanding universal value.

The material ones are: the Boyana church, the Ivanovo rock churches, the Kazanlak tomb, the Madara rider (horseman), the old town Nessebar, the Rila monastery, the Sveshtari tomb, the national natural park Pirin and the natural preserve "Srebarna."

The intangible include the choir of the Bistritsa Babi (Bistritsa Grand Mothers) and the Nestinari dancers.