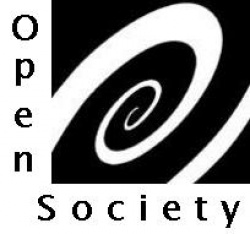 Bulgarians seem to dislike the Roma minority and Chinese people, according to a study conducted by Open Society.

Even though there are as few as 749 Chinese nationals in Bulgaria according to the 2011 census, Bulgarians seem to have developed strong attitudes towards them, as only half of them (50.3%) would like to have Chinese people in their neighbors.

A mere 17.9% would marry a Roma person or accept it if their children decide to marry Roma people. A potential matrimonial alliance with a Chinese is accepted slightly better (19.9%), while 20.3% would marry (or would like their children to marry) an Arab.

White EU citizens and Russians are most well accepted as potential marital partners.

Attitudes towards the Turkish minority have improved significantly over the past years, with 62% of Bulgarians accepting them as neighbors. The authors of the study have noted that Turks are no longer viewed as "religious fanatics", but as "industrious" and "good merchants."

The study shows that Bulgarians aged between 18 and 30 have more tolerant attitudes towards minorities than older age groups.