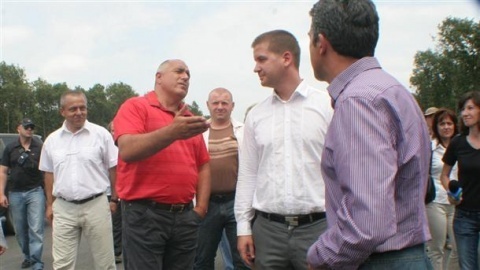 Bulgarian Prime Minister Boyko Borisov has allegedly insulted Greece authorities by saying that his country is ready to pave with asphalt 1.5 km on Greek territory on the road through the Makaza mountain pass.

Last week, Borisov noted that the economic crisis has rendered Greece unable to finish its construction thus the road between Bulgaria's Kardzhali and Greece's Komotini remains closed. He pointed out that Bulgaria has been ready for quite a while with its section.

According to Greek media, Greek officials have been insulted by Borisov's comments, the Bulgarian Focus News Agency reported on Friday.

The news agency says that a Greek company is expected to launch the construction of the 1.5 km section on Friday.