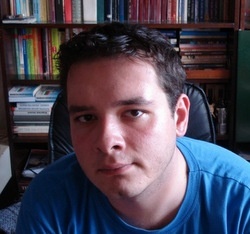 The Holy Synod of the Bulgarian Orthodox Church has been adamant recently in its attempts to persuade the government that the introduction of religious education in the core curriculum of Bulgarian schools is necessary.

Children nowadays do not adhere to moral values, the Church has argued, claiming that compulsory religious education would be the cure to the increasing aggression among youngsters.

In June, Bulgarian Prime Minister Boyko Borisov from the centrist-right GERB party said he was in favor of the introduction of religious education in schools.

However, the Bulgarian Education Ministry recently rejected the idea, pointing out that there are over 115 religious beliefs officially registered in the country – and it would be practically impossible to introduce all of them into classrooms.

As Education Minister Sergey Ignatov noted, the Church may reach out to children through the already existing Sunday schools and optional courses in public schools.

So far, it seems that the Orthodox Church will not be able to push religious indoctrination in .Bulgaria's schools.

However, Borisov's cabinet has been in the habit of making numerous U-turn decisions on various issues since it took over in 2009. Therefore, I feel the debate should be kept alive.

Political propaganda in schools is wrong. What about religion?

Last year, the Bulgarian society was outraged – and rightfully so – as it turned out that schoolchildren from the small town of Peshtera have taken part in puzzle contest, with teams receiving one word as prize for each successful solution. The final phrase ended reading "We Are GERB, We Are Stronger with You."

While there is a strong consensus in society that political propaganda in schools is utterly unacceptable, it appears that religious indoctrination of children as young as seven is fine for many.

If the notion of a 7-year-old GERB supporter is grotesque and frightening, then why shouldn't we find it disturbing if 7-year old kids already have strong religious convictions?

Should we back further segregation?

The introduction of religion in the core curriculum of Bulgarian schools is likely to increase segregation among ethnic groups in the country at a very early age.

It is safe to assume that the Orthodox Church will try to reach out to all ethnic Bulgarian children (save for Pomaks), while the central Islamic institutions will reach out ethnic Turkish children (since Bulgaria's Muslims are predominantly Turkish).

As a result, ethnic Bulgarian children will be taught that their Turkish friends' religion is "wrong" – and vice versa.

Does the Church "deserve" to take care of children?

Some disturbing statements have been heard recently from the Bulgarian Orthodox Church, the most recent one being hardline Bishop Nikolay's statement "surrogate motherhood is no different from prostitution."

The same Bishop once made the insulting claim that a Madonna concert in Sofia was the reason why 16 people drowned in tragic accident back in 2009.

In June, a priest from the Sliven eparchy notoriously stated that "it would be a good idea to throw stones" at participants in the annual Sofia Pride LGBT parade. Fortunately, nobody listened to his "advice," but one should also note that the Church did not consider it necessary to distance itself from the outrageous remark.

The fact that the majority of Bulgaria's Holy Synod members were (expectedly) exposed as former spies of the totalitarian State Security secret service certainly does not improve the Church's image.

It would not be exaggerated to say that the majority of Bulgarians do not trust the official Orthodox Church, including many of those who do believe in God. There is a reason for that: the Church is simply surrounded by too much controversy.

The "limousine scandal" in Varna is just another example.

Will religion enhance education in Bulgaria?

I do not believe that introducing religious education will induce much harm to the current situation, since I highly doubt that children will be taught that the Earth is flat or that there is no evolution.

However, if the core curriculum should really be expanded, I feel that there are at least several much more vital subjects one should begin with, perhaps including more classes in math, science, literature and philosophy instead.