US, World Remember 9/11 on 11th Anniversary of Attacks 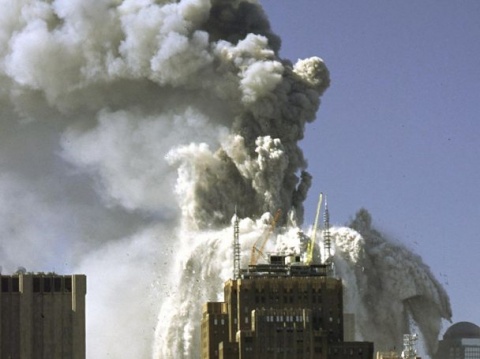 Tuesday marks the 11th anniversary of the September 11th, 2001 terrorist attacks on New York City and the Pentagon in Washington D.C. File photo

People and governments across the world commemorate Tuesday the 11th anniversary of the September 11, 2001 terrorist attacks on New York City and the Pentagon in Washington D.C.

On that morning, Al Qaeda suicide terrorists hijacked four commercial passenger jet airliners. The hijackers intentionally crashed two of the airliners into the Twin Towers of the World Trade Center in New York City, killing everyone on board and many others working in the buildings. The impact caused both buildings to collapse within two hours, destroying nearby structures and damaging others.

The hijackers crashed a third airliner into the Pentagon. The fourth plane crashed into a field near Shanksville in rural Somerset County, Pennsylvania, after some of its passengers and flight crew attempted to retake control of the plane, which the hijackers had redirected toward Washington, D.C. There are no known survivors from any of the flights.

Excluding the 19 hijackers, 2 974 people died in the attacks. Another 24 are missing and presumed dead. The overwhelming majority of casualties were civilians, including nationals of over 90 different countries. Policeman and firefighters, who rushed to the World Trade Center in a rescue effort, were also among the vicitms.

The attacks prompted a strong response from the US, such as the Patriot Act, the establishing of the Department of Homeland Security and – the launching of the War on Terror.

Since then, 9/11 has been a day for unification of all Americans.

As it is now the tradition, the names of all who were killed in New York will be read at Ground Zero, the place where the twin towers once stood. The ceremony will be held at official memorial at the World Trade Center site, which was unveiled in 2011, on the occasion of the 10th anniversary of the attack.

There will be 4-minute pauses for silence at the exact times when the airliners smashed into the World Trade Center, the Pentagon and the field near Shanksville, Pennsylvania.

The New York's National September 11 Memorial features two reflecting pools, each almost an acre in size, located in the footprints of twin towers.

For the first time ever, no politician speaches are included in the ceremony. President Obama will be present at the one held at the White House south lawn.

Security is tightened in New York and Washington.