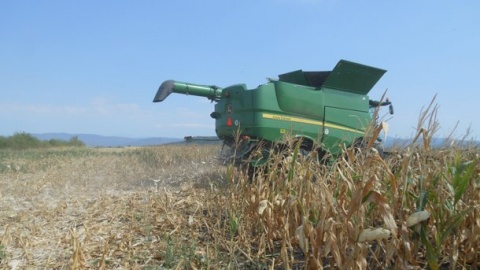 1 700 tons of contaminated fodder have been imported from Bulgaria to Cyprus. Photo by BNR

Cyprus is in panic over dangerous fodder imported from Bulgaria and Argentina with the authorities in Nicosia investigating the exact quantities that ended being on the market.

The news was reported by the Bulgarian 24 Chassa (24 Hours) daily.

Two windmills and five farms in Cyprus have received 250 metric tons of feed corn, imported in August from Bulgaria. Tests results in September have established the presence of aflatoxins, which are deemed very dangerous and cause cancer.

The final results are expected at the end of next week.

The total quantity of the contaminated fodder imported from Bulgaria is estimated 1 700 tons, but the remaining amount has not been used and is stored at the port of Vassiliko.

The Cyprus authorities have undertaken all necessary measures to trace the use of the dangerous corn while the rest will be destroyed.

In addition, also in August, another 7 500 tons of soya flour, contaminated with salmonella, have been imported from Argentina. About 5 500 tons of it are still stored and have not been used. Final tests results are pending in this case as well.