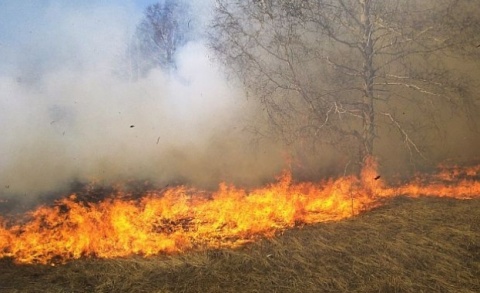 The wildfire close to the Bulgarian-Macedonian border got tamed in just several hours on Sunday. Photo by Cross

Bulgarian fire fighters, foresters, and volunteers have managed to reign in a wildfire close to the Bulgarian-Macedonian border close to the southwestern town of Blagoevgrad.

The fire erupted at 11 am on Sunday between the villages of Gabrovo and Debochitsa, Blagoevgrad Municipality.

Four units of fire fighters and three units with employees of the Bulgarian Forestry Agency managed to tame the wildfire which burned down 50 acres of forest and bushes.

It was stopped before it managed to reach outlying houses, and villages, the BGNES news agency reported.