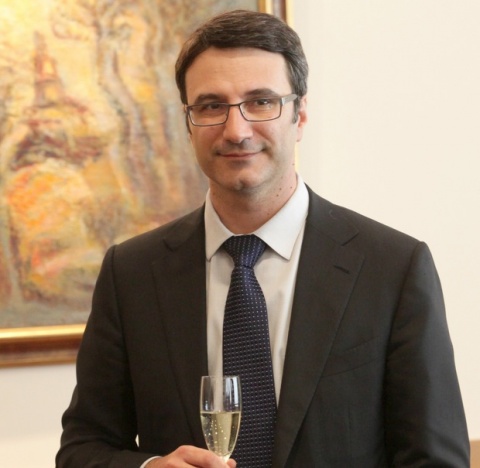 Traicho Traikov, former Minister of Economy, Energy and Tourism, was found to have breached conflict of interest rules during his term in office in 2009-2011. Photo by BGNES

Traicho Traikov, former Minister of Economy, Energy and Tourism, breached conflict of interest rules during his term in office between 2009 and 2011, according to Bulgaria's Commission for Prevention and Ascertainment of Conflict of Interest (CPACI).

According to a Thursday ruling of CPACI, Traikov's conflict of interest violation was due to his participation in a concession granting procedure to Bulgarian industrial minerals company Kaolin AD.

At a time when Traikov had 278 shares in Kaolin AD, he prepared a motivated report and participated in the adoption of a decision of the Council of Ministers for granting a concession to the company for the extraction of subsurface resources from the Balabana deposit on the territory of the Dulovo municipality, Silistra district.

Traikov may have to return his salary for the period of conflict of interest and pay a substantial fine in addition.

The decision of CPACI is to be published on the watchdog's website in a few days' time, according to mediapool.bg, citing CPACI officials.

On July 3, Traikov addressed CPACI on his own initiative after a number of Bulgarian media outlets published articles tarnishing his reputation and his ministerial decisions.