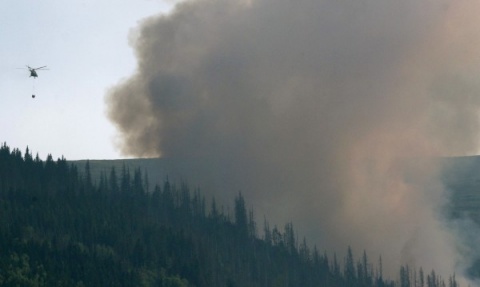 The wildfire in the Vitosha Mountain near Sofia raged for five days. Photo by BTA

The extinguishing of the wildfire that engulfed the Bistrishko Branishte natural reserve in the Vitosha Mountain near the Bulgarian capital Sofia entered its sixth day Friday.

The Interior Ministry officially announced Thursday that the fire is under control, but 80 people stayed overnight in the area of the reserve to monitor the situation.

The elimination of some local outbreaks was renewed Friday morning. Helicopters will be used once again in the battle with the blaze. The fire rescue services have already warned that separate outbreaks will fester in the mountain for at least a week.

Hundreds of firemen and volunteers took part in the effort to extinguish the fire, working round-the-clock in a very difficult to access area. About 200 decares of forests and other vegetation burned out.