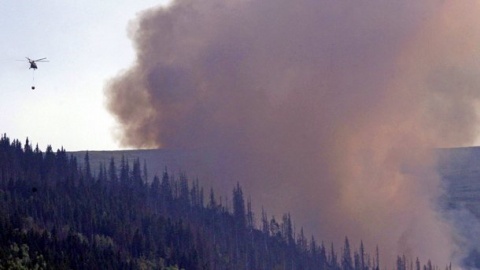 Photo by the Bulgarian Telegraph Agency

Bulgarians have renewed efforts to extinguish the wildfire that has been raging since Sunday in the Vitosha Mountain near Sofia.

The fire has affected an area of 37 acres in Vitosha's Bistrishko Branishte reserve. However, it is now "completely under control," the Bulgarian National Television has stated.

A fourth helicopter is to join the extinguishing operation on Wednesday.

Volunteers are needed once again. They have to be instructed by the crisis headquarters.

Late on Tuesday, Bulgaria's government eventually decided to turn down the international offers for help over the wildfire.

Earlier, the Bulgarian Foreign Ministry had announced that Israel would dispatch two Air Tractor planes in order to help Bulgaria put off the wildfire in the Vitosha Mountain.